The deadline for submitting nominations for the 2016 Association of Public Safety Communications Officials, Intl. (APCO) awards is quickly approaching!

Each year the No. CA Chapter of the Association of Public Safety Communications Officials (No. CA APCO) is honored to recognize members of the public safety community who have demonstrated the highest levels of personal and professional conduct and performance in the line of duty.  Nominations are currently being sought for the No. CA APCO awards program.  Nominations are due to the 2016 Chapter Awards, Recognition & Scholarship Committee by Friday, March 25, 2016.

All nominations selected by the No. CA APCO 2016 Awards, Recognition & Scholarship Committee will be awarded at our Annual Board Meeting and Awards Ceremony in December. And, as in previous years, No. CA APCO is committed to submitting all nominations to APCO for consideration nationally.  Of course you may submit your nominations directly to APCO.  If you do, please send the Awards, Recognition & Scholarship Committee a copy for our records, that would be greatly appreciated.  Should you have any questions, please don’t hesitate to contact any member of the Awards & Recognition Committee below.

Please visit the Awards page of the NAPCO website for more details and the application forms. 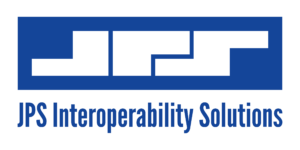 Commercial Speaker: JPS Interoperability Solutions Keynote Speaker: TBA For those that need to attend remotely: https://zoom.us/j/95316874334 The moderator will let you into the meeting just before it begins. Please be sure that your name is[...]
View Calendar
Add
My Tweets
Loading Comments...