Along with several other appointments, Governor Jerry Brown has appointed Brenda Bruner tot he State 9-1-1 advisory committee. Brenda is the 2018 Immediate Past President for the Northern California Chapter of APCO, and has served as President, President Elect, Vice-President and as a Board Member. She is also very active in NENA. You can read the full text of the announcement below, but the chapter is very proud of Brenda and her accomplishments and wishes her the best in this en devour.

Clifford Allen, 51, of Fresno, has been appointed to the California State Board of Fire Services. Allen has been battalion chief at the California Department of Forestry and Fire Protection since 2014, where he has served in several positions since 1985. He is president of CAL FIRE Local 2881. This position does not require Senate confirmation and there is no compensation. Allen is a Republican.

Brian Rice, 57, of Sacramento, has been appointed to the California State Board of Fire Services. Rice held several positions at the Sacramento Metropolitan Fire Protection District from 1985 to 2011, including deputy chief of operations, assistant chief and battalion chief. He was president of the Sacramento Area Firefighters Local 522 from 2002 to 2008 and from 2012 to 2018. Rice is president of the California Professional Firefighters. This position does not require Senate confirmation and there is no compensation. Rice is a Democrat.

Brenda Bruner, 58, of Oakland, has been appointed to the State 9-1-1 Advisory Board. Bruner has been manager of the Emergency Services Dispatch Unit at the Alameda County Sheriff’s Office since 2012, where she was supervisor from 2006 to 2012 and dispatcher from 1987 to 2006. She was a communications officer at the University of California Police Department, Berkeley from 1985 to 1987. Bruner is a member of the National Emergency Number Association and a member and immediate past president of the Northern California Chapter of the Association of Public-Safety Communications Officials. This position does not require Senate confirmation and there is no compensation. Bruner is a Democrat.

Troy Taira, 58, of Alameda, has been appointed to the Board of Parole Hearings, where he was a commissioner from 2016 to 2017. Taira has been an administrative law judge at the California Public Utilities Commission since 2018. Taira served as special assistant inspector general at the California Office of the Inspector General from 2013 to 2015 and administrative law judge at the California Office of Administrative Hearings from 2012 to 2013 and from 2009 to 2011. He served as a prosecutor and staff counsel for the U.S. Coast Guard from 1992 to 2009. Taira served as a defense attorney in the Fresno County Public Defender’s Office from 1991 to 1992. He served in the U.S. Navy Reserve from 1988 to 1992. Taira earned a Juris Doctor degree from the University of California, Davis School of Law. This position requires Senate confirmation and the compensation is $147,778. Taira is a Democrat. 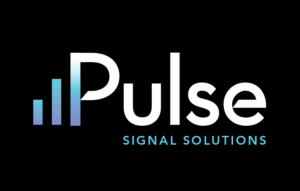